The last month has been spent laying track and checking the track for "bumps" etc by running trains in all directions. I now have all the track laid except for the engine round house at Gleeville. This should be done in the next month.
All of the switches - some 70, are controlled by slide switches (DPDT) to switch the frog polarity and to control accessories like signal which I will install later. Fifty four of the switches are controlled by Tam Valley Frog Juicers. I plan to buy another "Hex Juicer" to bring the total controlled by these excellent electronic switches to 60.
Now I will start to bring out more of my loco's and carriages and put away a lot of the tools.
I am also planning operations and nearly ready for some operations, albeit in a simple form and on a non sceniced layout.
Here are some pictures: This is Beautown, a small country town with a branch to an old coal mine. Beautown has three tracks for storage and it is where the mainline goes from single to double track after exiting the mountain from Gleeville.. 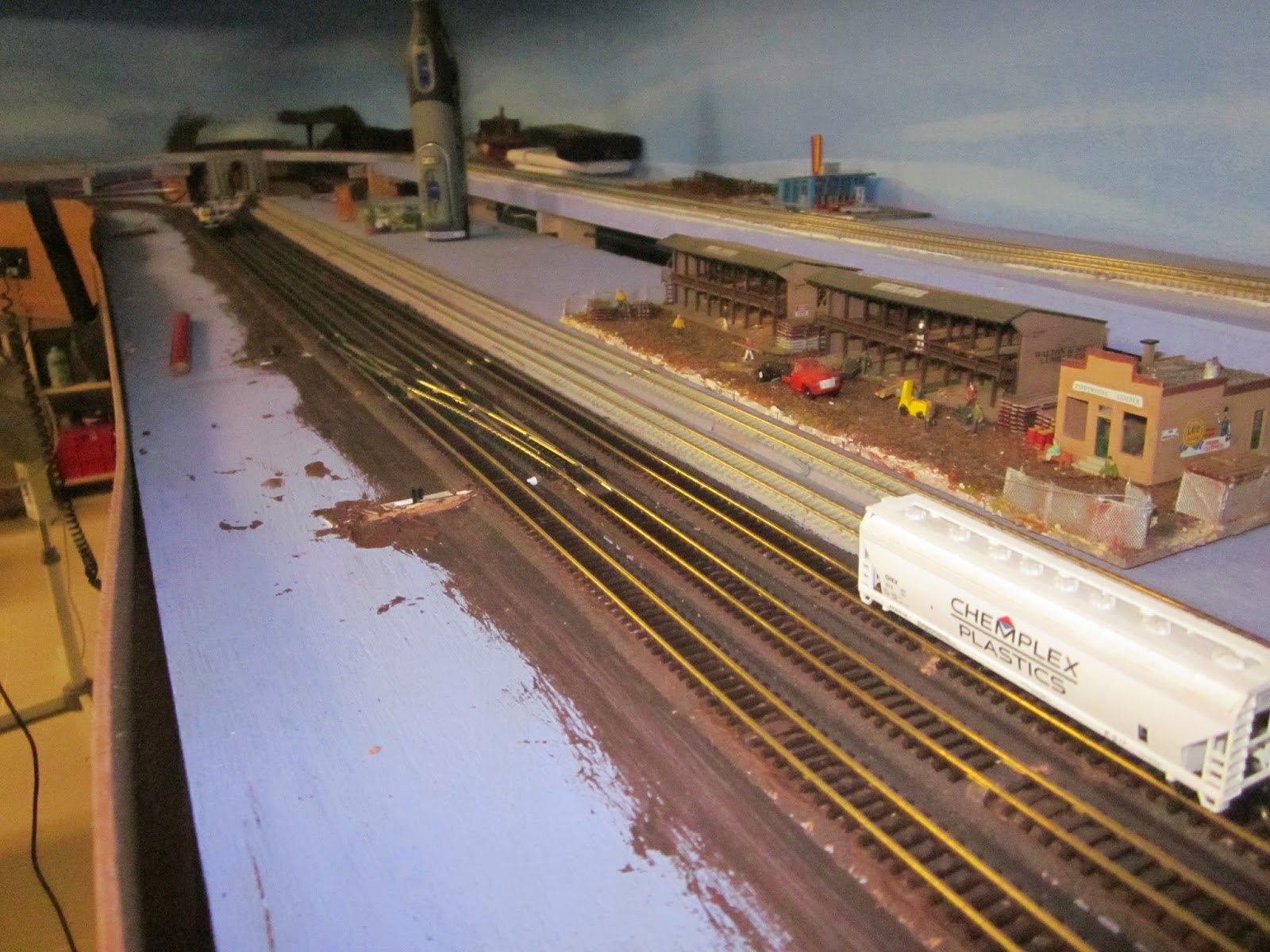 Under the city I have 2 switches which are now controlled by mini servo's. The servo's are controlled by Tam Valley quad servo controllers. These make it very easy to manage the servo's. I have push buttons on the fascia for the two switches. Here is one of the servo's installed. 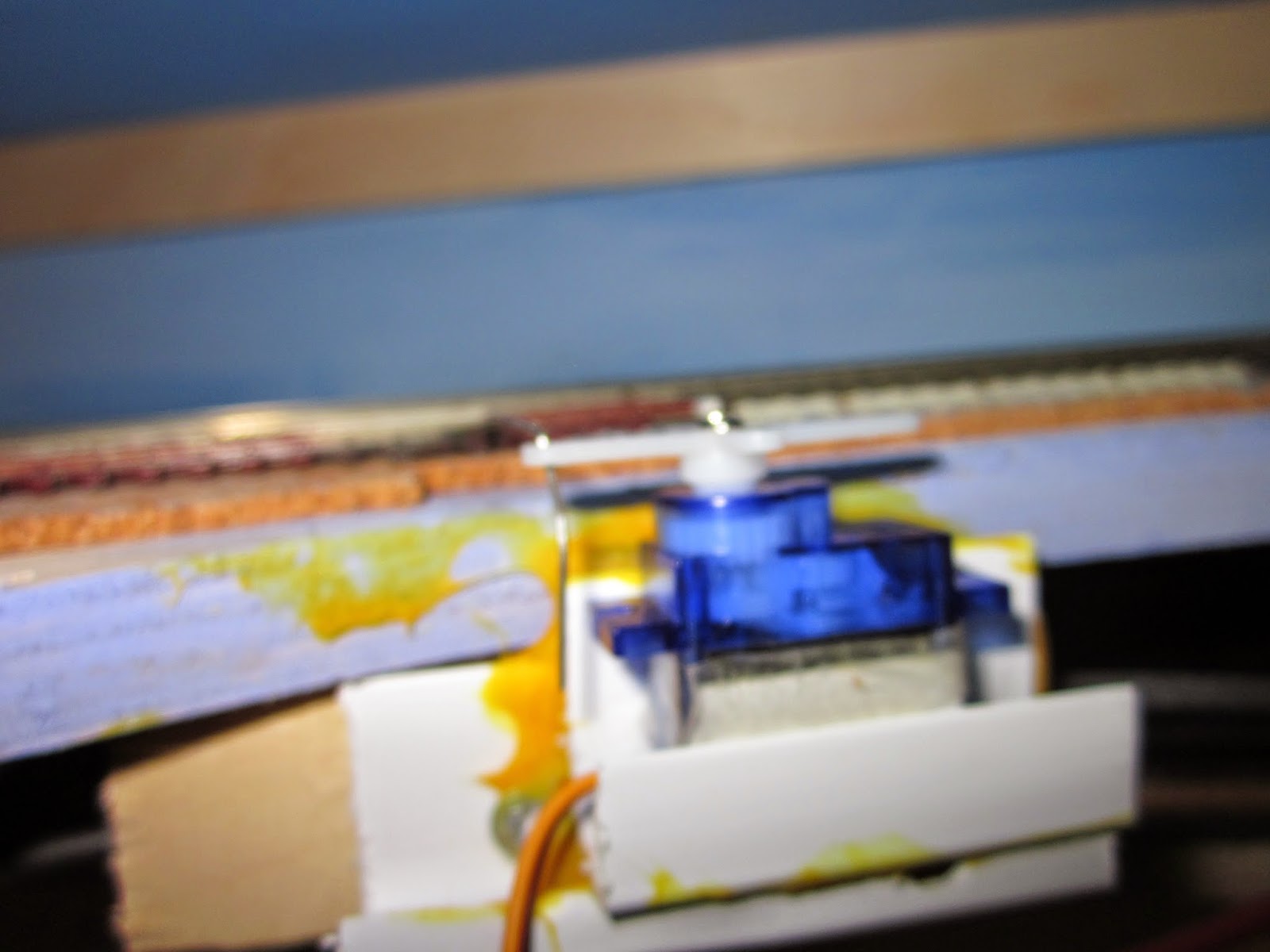 Here is the base of the city at Leesville. The servo's and return tracks are underneath. There is access to all the tracks from below. Some of the city buildings from previous layouts are there to work out the streetscape. 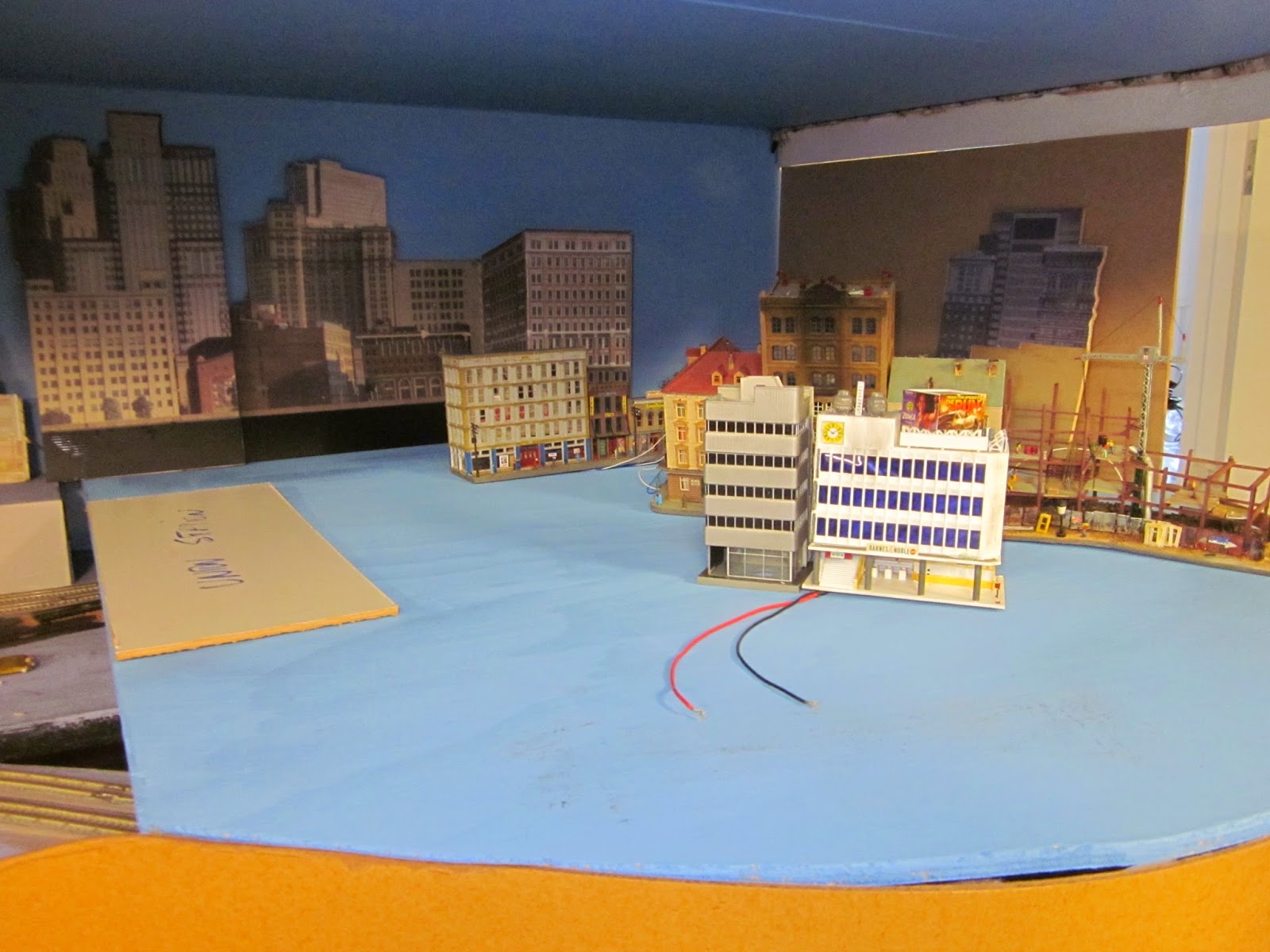 This is a view of Leesville with the city base in the background. 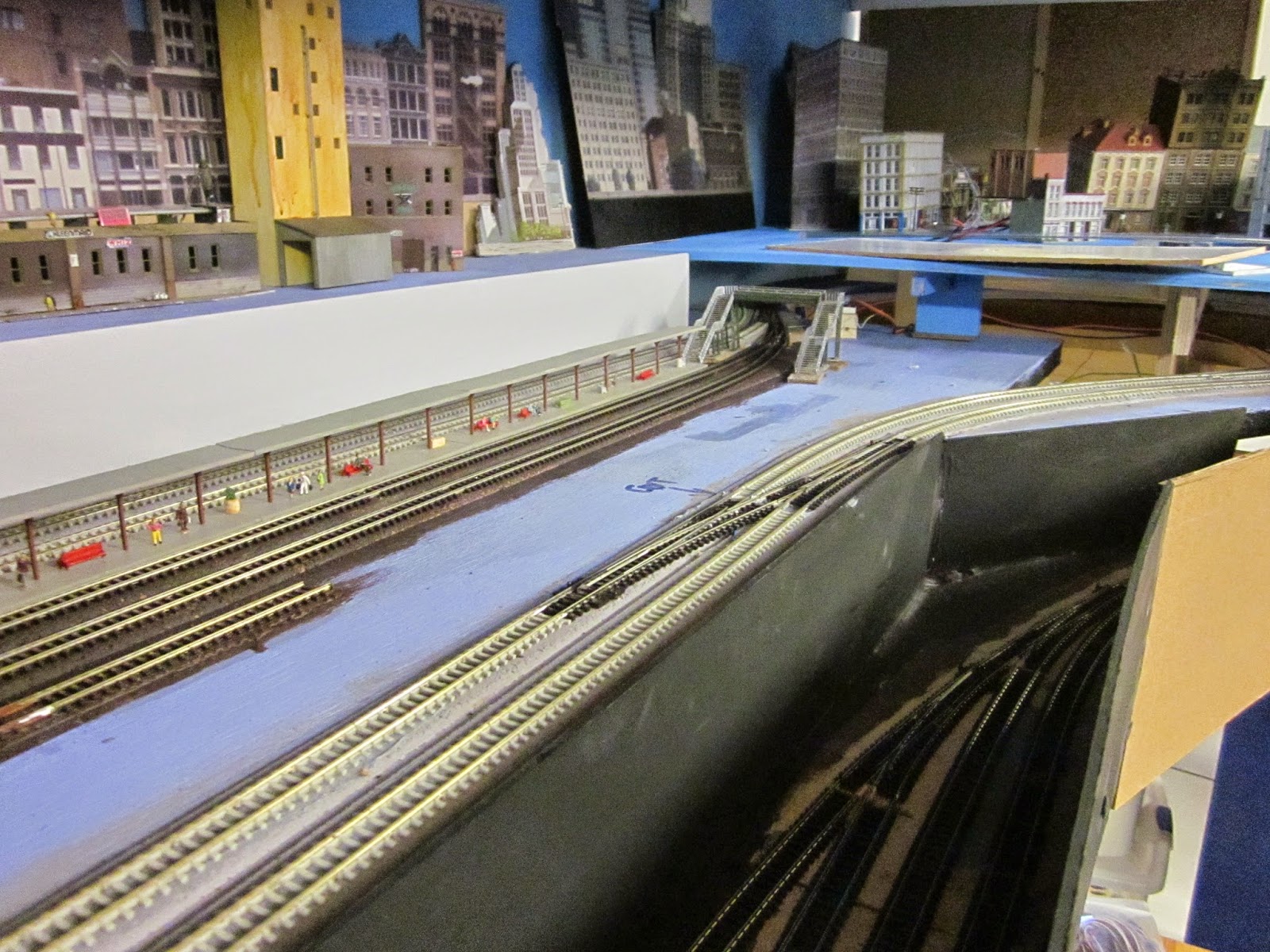 This is the industrial area part of which will be a container terminal. There are 4 very long staging tracks here as well as some switching beyond the container (Intermodal)  area. 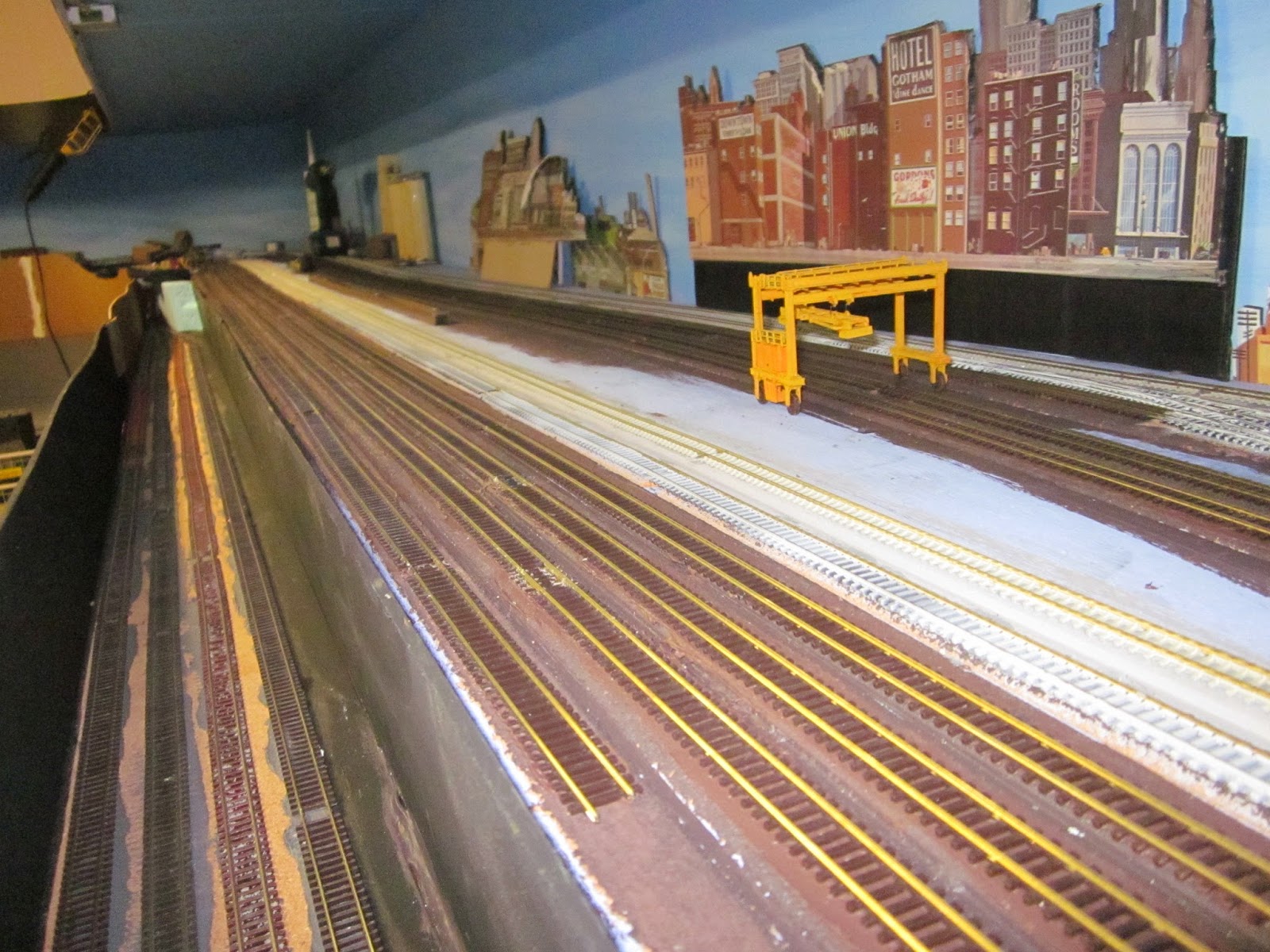 I have also started forming up the mountain area. Here is the cutting in the middle of the mountains on the peninsula. 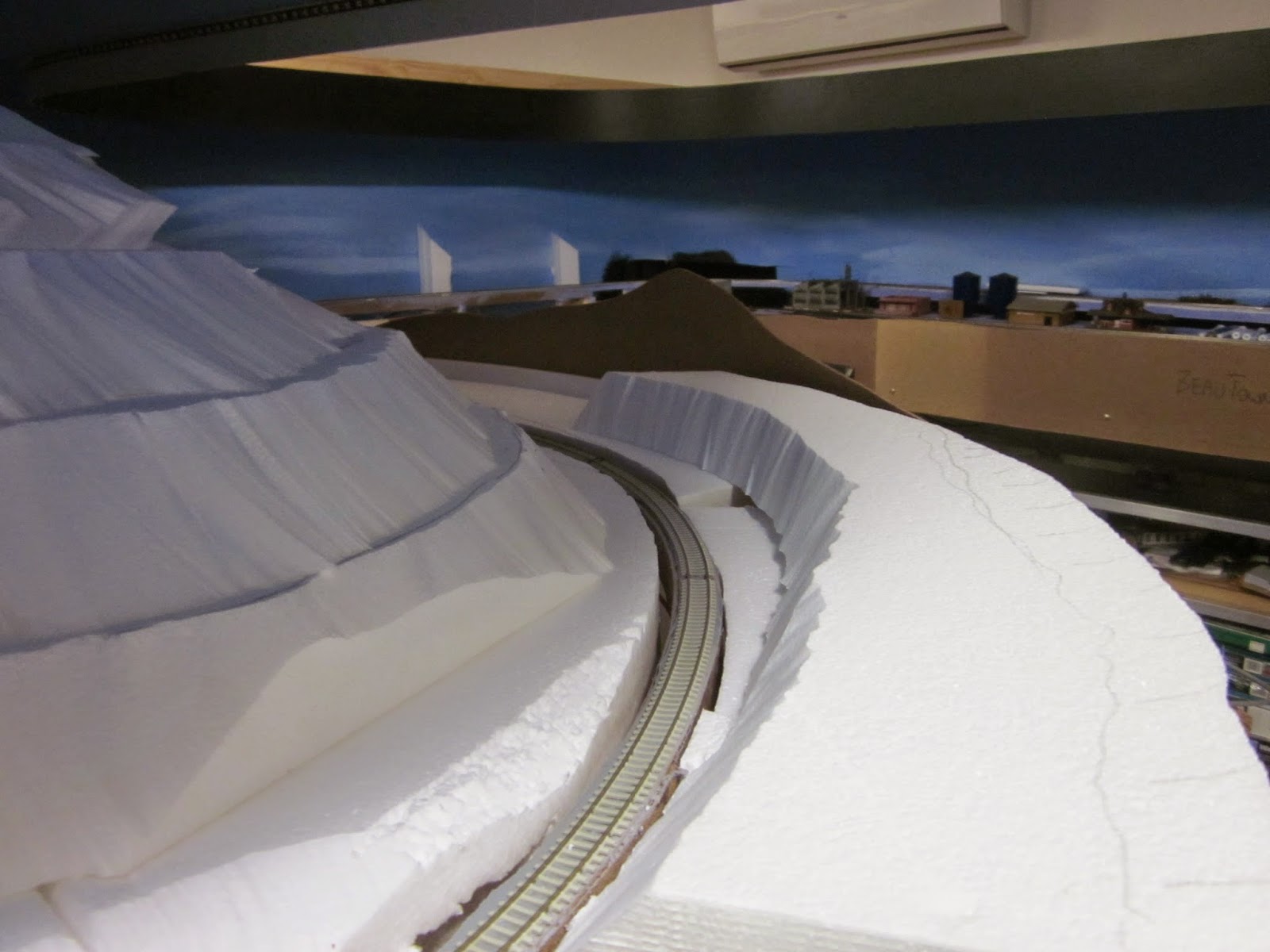 Here is a view down a mountainous area. A lot of geography (land form) needs to be completed still. 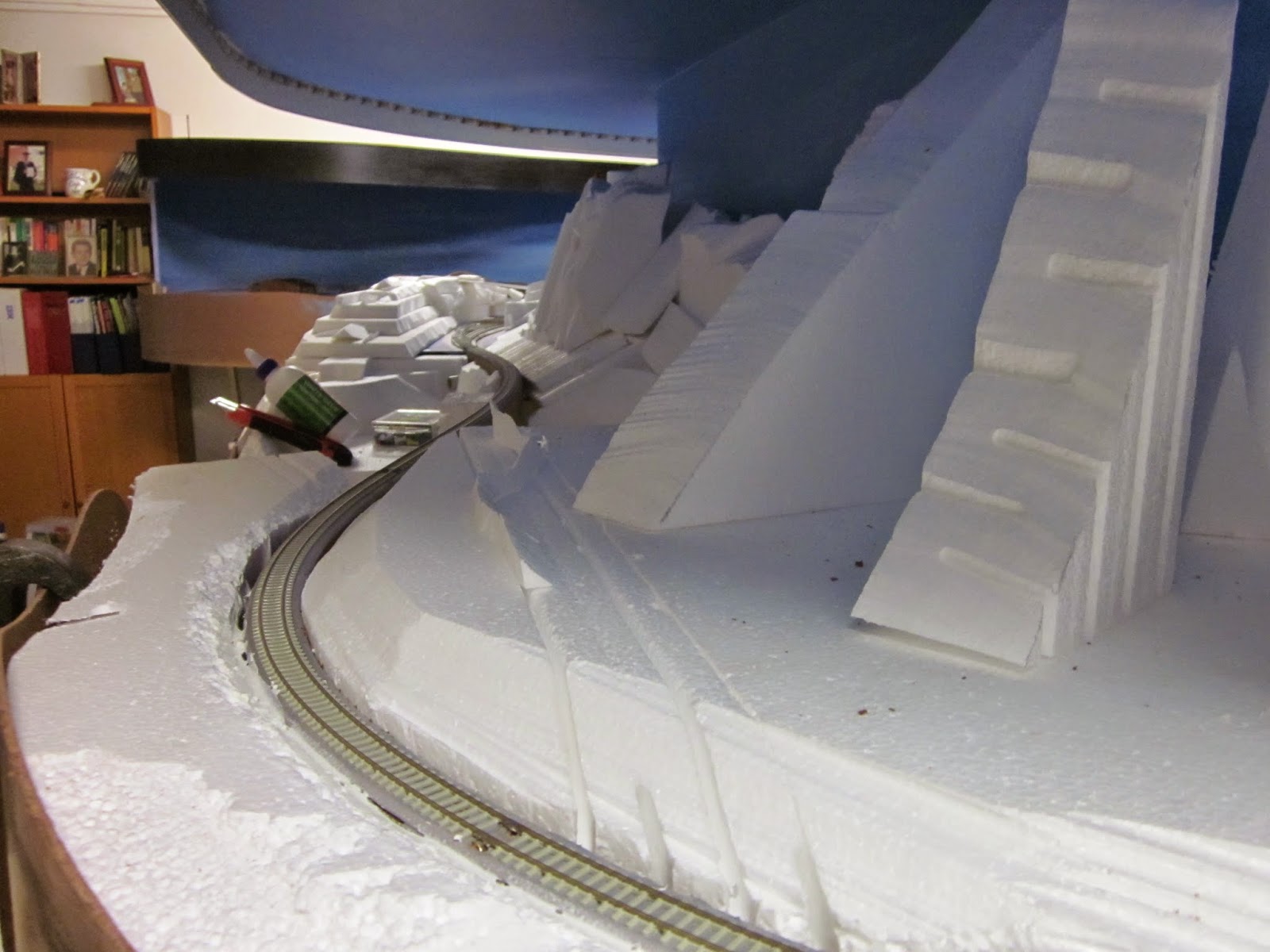 I have mocked up the highway at the end of Summit and will proceed to build that over the next few months. The highway bridge will be totally scratch built. In the background on the floor, you can see a gas lift red stool on wheels. This is very handy for wiring under the layout. Tools are left in the tray. I have two of these stools which cost less than $50. 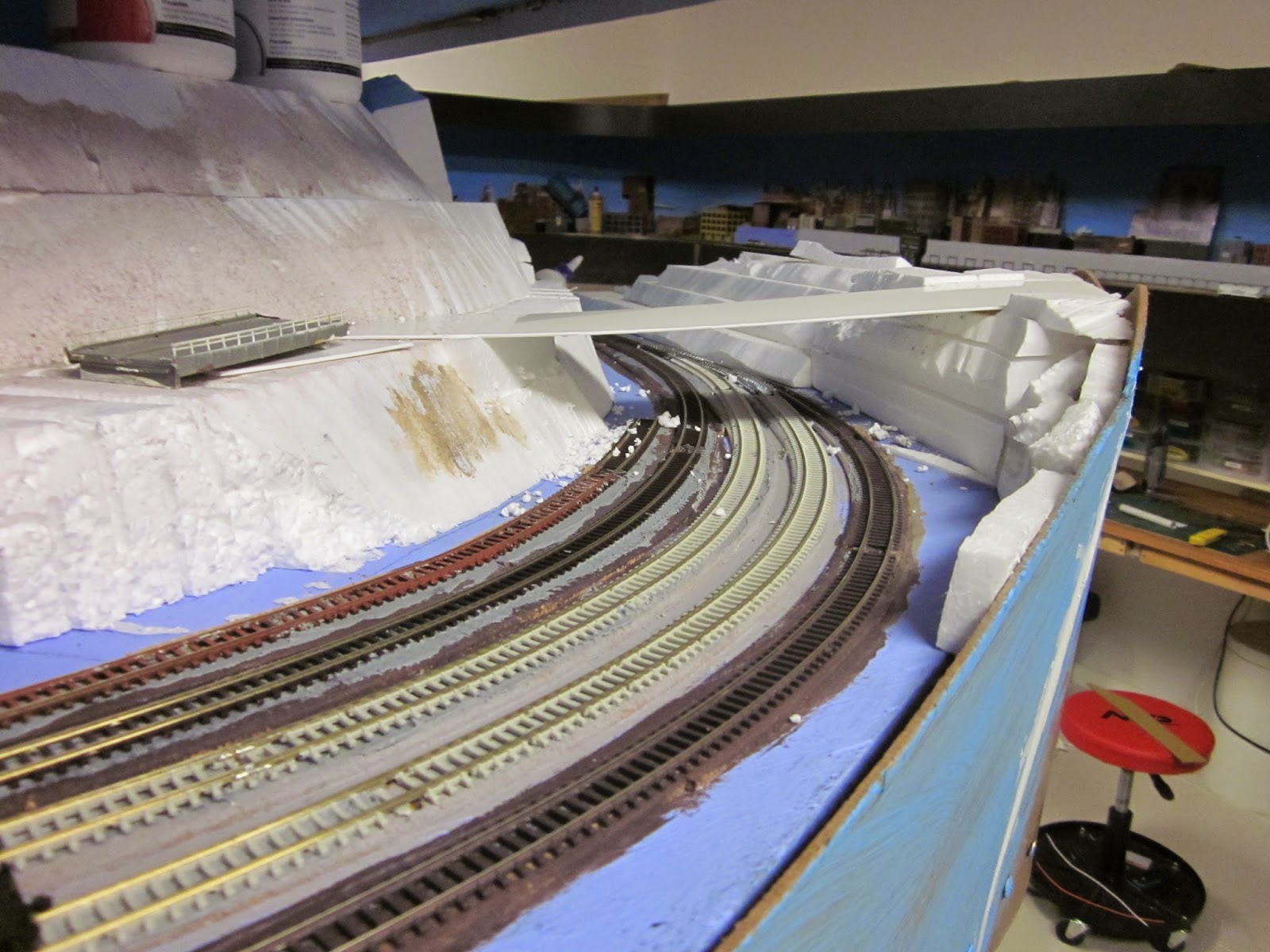 I also intend over the next few weeks to invite colleagues to come over, help on the layout , or just offer advice.
Posted by Unknown at 02:24